BY KRISTIN SCHWAB
via www.dancemagazine.com

As an ensemble dancer in The Lion King, India Bolds, age 32, plays nine characters in every show, eight times a week. That’s a lot of entrances and exits, costume changes and choreography to remember. But after five years of dancing in the production, she has the show down pat.

Dance Magazine followed her through a performance day to see what it takes to be in Broadway’s third-longest-running production. 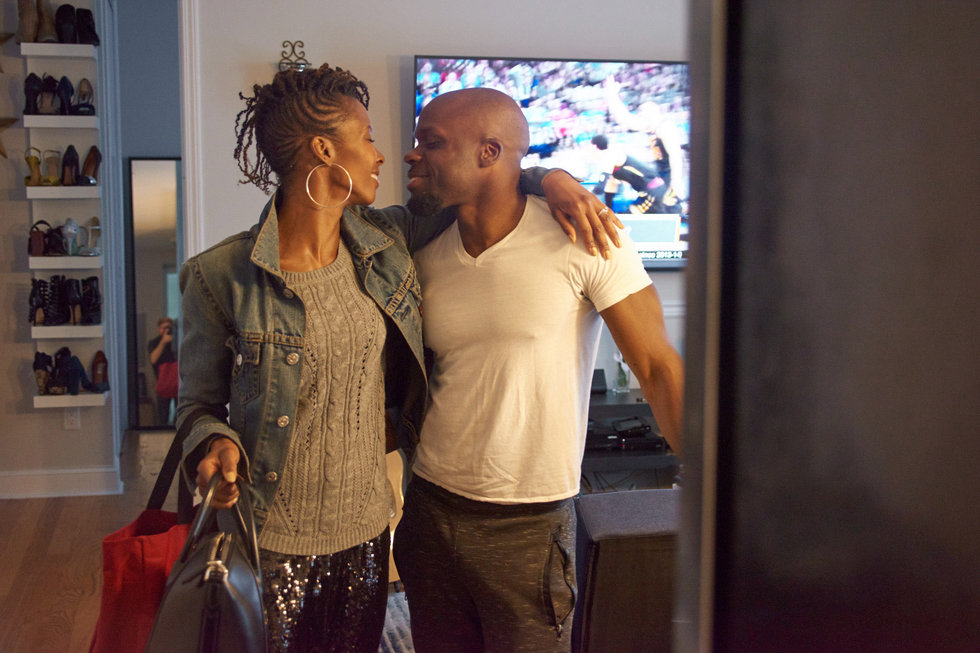 Bolds and her fiancé at home. Photo by Jim Lafferty

9 am: Dancing on Broadway means late nights in the theater, so Bolds sleeps in. She and her fiancé will wake up, make some tea and go over their days. “Mornings are the only time Dale and I have together, especially on a two-show day like today,” says Bolds.

“I got the call when I was on the subway,” says Bolds about being hired for The Lion King. Before Broadway, she got her degree through the Ailey/Fordham BFA Program, then danced with Elisa Monte and the Brooklynettes, the dance squad of the Brooklyn Nets NBA team. She auditioned for The Lion King twice a full two years before she got the job—they had saved her resumé the whole time and contacted her when there was an appropriate opening. “I tried to play it cool when I answered the phone,” she says. “But of course I was stunned. And I made my debut on my birthday.” 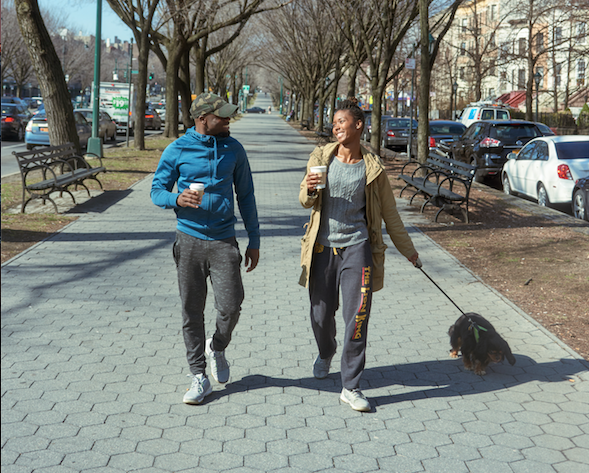 Walking Lincoln in their Brooklyn neighborhood. Photo by Jim Lafferty

10 am: The couple head out for a walk with their dog, Lincoln. He’s a 4-year-old cavalier King Charles spaniel. Halfway through their walk, they stop for some caffeine at a local shop. Bolds is a tea drinker, and tries to cap herself at two cups a day. This morning’s treat is a chai tea latte. 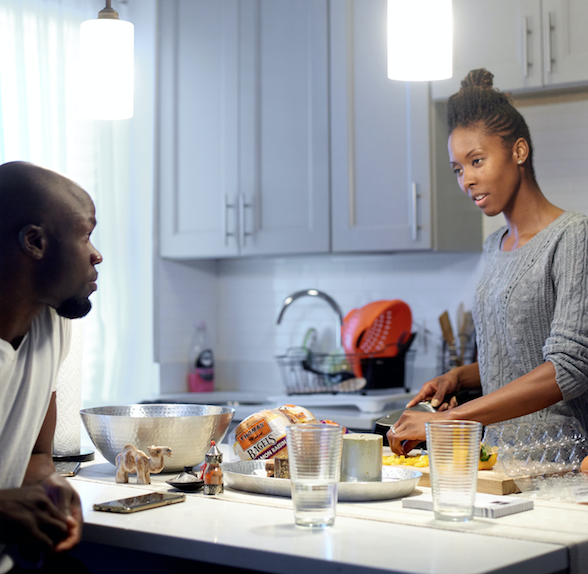 Breakfast with her fiancé Dale usually consists of an omelet and toast. Photo by Jim Lafferty

11 am: Back at the apartment, Bolds and her fiancé cook breakfast, which is usually an omelet with sausage, veggies and toast. She’ll also pack her lunch—often whatever is left over from dinner the night before. Today’s is spaghetti. “My diet is carb-heavy,” says Bolds. “I like to feel full before a show.” She might listen to her favorite inspirational podcast that her friend hosts called She’s Beauty and the Beast. 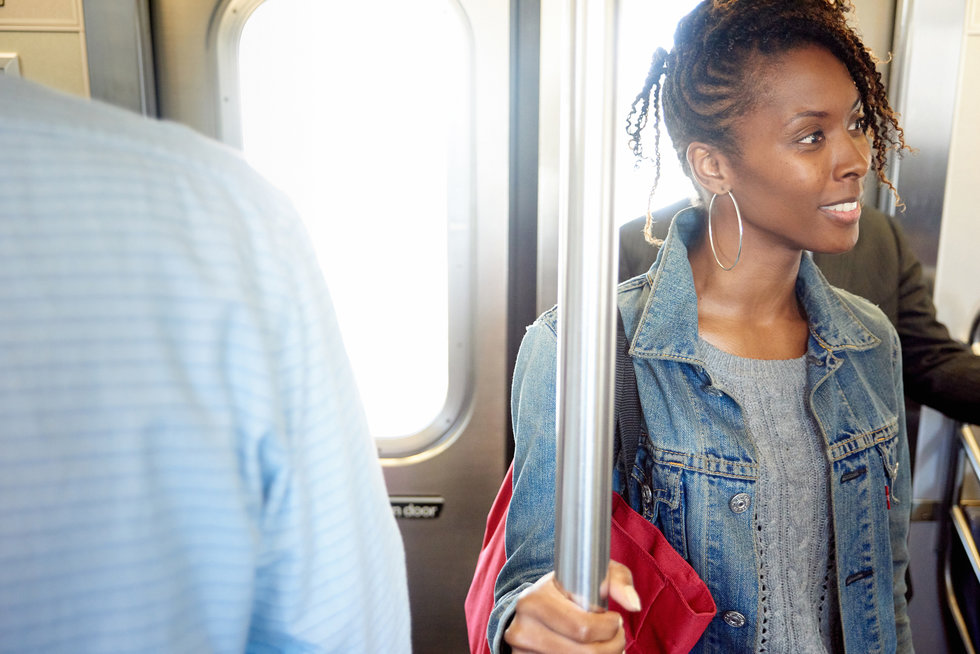 Bolds often reads mysteries on her subway ride to the theater. Photo by Jim Lafferty

12 pm: It takes about a half-hour to get to the theater from Bolds’ apartment in Brooklyn, but she usually leaves an hour, “because you never know what the subway might do.” On the way, she’ll read a book. She loves mysteries. 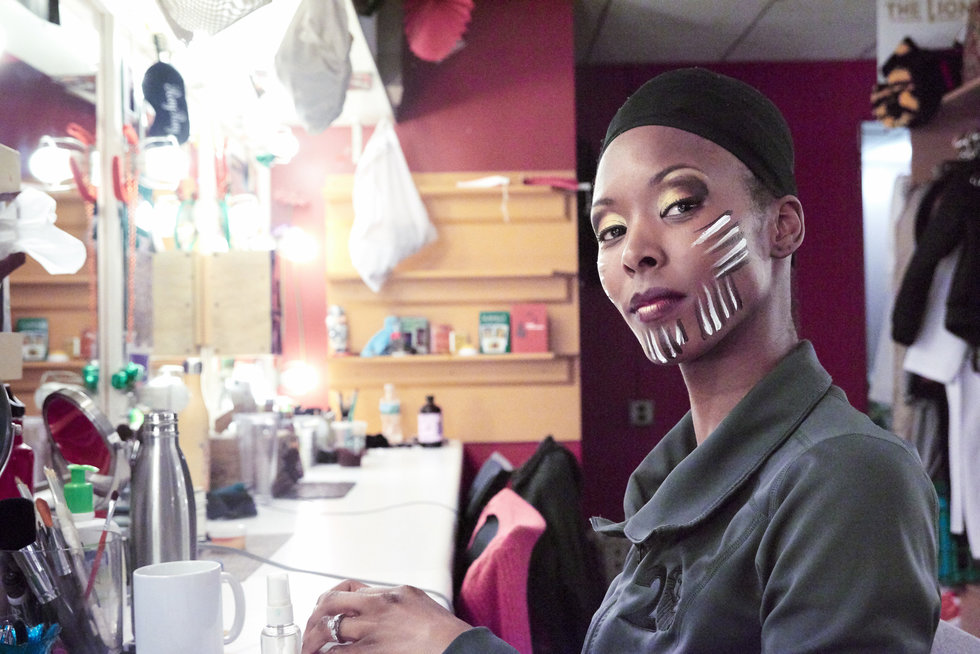 The Gazelle stripes are painted with special brushes. Photo by Jim Lafferty

1 pm: Call is at 1:30, a half-hour before curtain for the matinee show, but Bolds arrives earlier to get ready. First is about 15 to 20 minutes of makeup. Ensemble members are responsible for their base layer, and makeup artists and dressers help them through the rest of the show. Special brushes make painting Gazelle stripes on her face easy. Meanwhile, she snacks on a peanut butter and jelly sandwich. 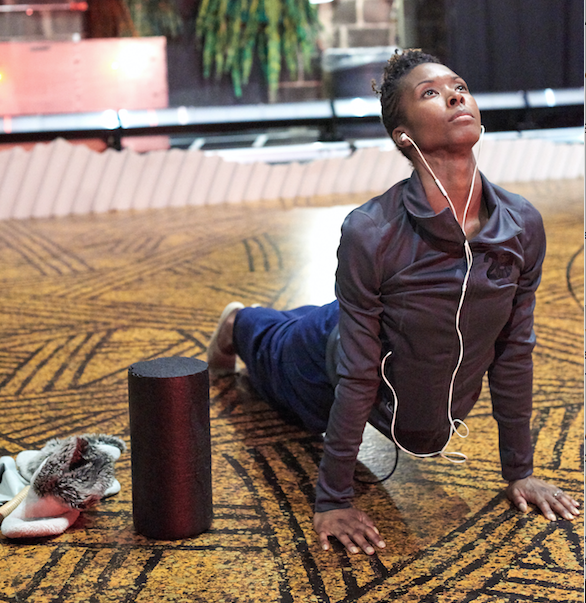 1:30 pm: Bolds’ warm-up incorporates Graham- and Horton-based stretches, as well as some yoga poses. Her breath is audible throughout, to help her get centered. If it’s a two-show day, like today, the second warm-up will be a short ballet barre. “Because we do the same choreography over and over, my body gets too comfortable. I have to change my warm-up constantly.” 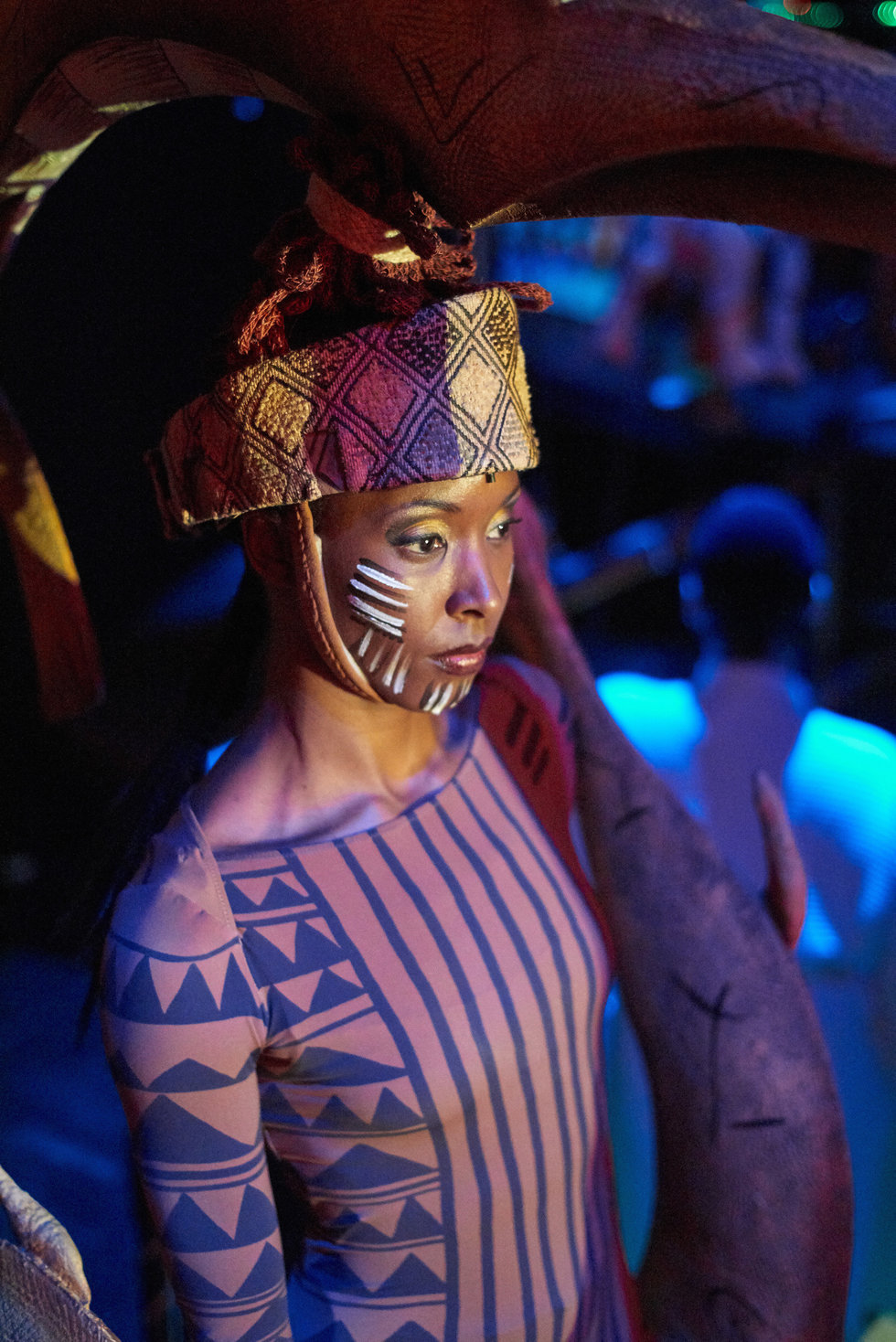 The Circle of Life reminds Bolds of why she does this—the smiles on the audience members’ faces. Photo by Jim Lafferty

2 pm: The curtain rises, and Bolds is onstage for the first song, “Circle of Life.” “My favorite part of the whole show is this first scene because of the music and the fact that you can see a lot of faces in the audience,” she says. Though “The Lioness Hunt” is a close second. It’s one of the few sections where the women of the ensemble move together and there’s a lot more dancing. “Female power,” Bolds says. 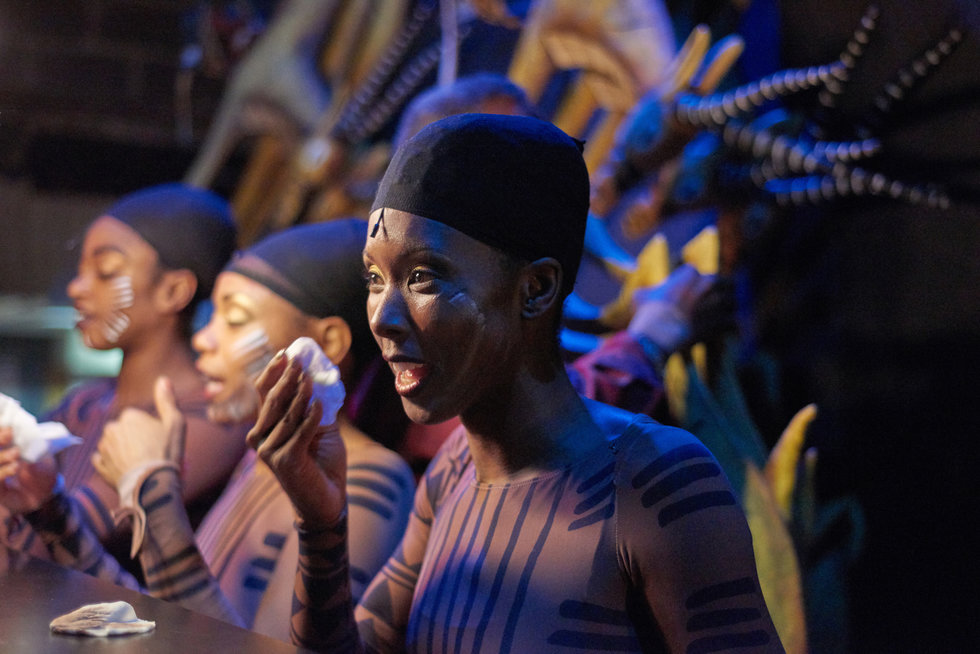 Bolds taking off her makeup. Photo by Jim Lafferty

4:30 pm: The matinee ends and Bolds gets a break before the next show. A late lunch and a second pre-show peanut butter sandwich are in order. After show number two ends around 9:30 pm, she treks back to Brooklyn and will eat with Dale. The night usually ends with a movie on the couch.

Even though she’s in her fifth year dancing in The Lion King, but she considers herself a newbie among her fellow cast members. “Some of these people have been in the show since the beginning when it opened 20 years ago,” she says. “When I got here it was hard—hard on the mind and body. You’re doing the same show every day, and that affects your artistry and your muscles. But during the ‘Circle of Life,’ when I can see the first three rows of the audience light up and see their faces, it reminds me why every time onstage is special.”