BY: SILAS FARLEY
via www.dancemagaine.com

As dancers, we often talk about perfect feet, perfect turnout and the perfect execution of steps. We spend our days in diligent pursuit of the total mastery of our bodies. We seek to fully conquer space and time. We want our dance to be perfect, which is a powerful incarnation of our deeper human longing for personal perfection.

But in dance, as in life itself, there is no perfection in the sense of a state of flawlessness at which we can arrive. Our humanity keeps us from that.

However, there is always perfection in the sense of formation: the unending process of refinement. Incrementally progressing through sustained training and exploration is what gives the dance life its vitality. I believe that this process is for our good, because it provides us with the opportunity to cultivate devotional delight in the details of imperfect practice, to feed our need for discovery and to grow in humility.

Each day, I have the honor of investigating the art form that I love in the company in which I had always dreamed of dancing, New York City Ballet. Every morning begins with technique class, which is a refiner’s fire. Class is designed to bring the entire body into order by accomplishing a systematically laid out vocabulary of movements as perfectly as possible. That can seem daunting at 10:30 am.

But if I accept from before entering the studio that balletic perfection is an impossibility, and that the real goal is to arrive at a greater personal mastery than the previous day, then the class is a joy. I can view the exercises as a treasure trove to be mined. I can savor the intricacies of each step. Every gesture becomes precious and worthy of my utmost attention.

I often think of this company class like a cloister of monks saying their morning prayers. They rise at the same time each day to orient their lives towards a perfect power greater than themselves. They do this in full view of the fact that they will never be fully like that power, only just a little closer each day. But that aspiration is their making. They are beautified even in their imperfect pursuit of the great beauty.

There is no such thing as a perfect performance. The performance is a living, breathing reality that cannot be fully captured and then assessed as definitive. There is always a movement that could have been clearer, an interaction that could have been richer. If I ever felt I had completely and flawlessly realized a particular dance, then there would be nothing to keep striving for within it. The foibles can often be the most instructive moments.

I had such a performance as the Cavalier in the pas de deux of George Balanchine’s The Nutcracker last year. Nearly the entire dance was the best my partner and I had ever done it. But at the very end of the adagio, I faltered, which caused her to fall. We both recovered well and finished the show with energy and presence.

Of course we were disappointed by the mistake. But the blunder set the beauty in relief. It forced us to reflect on every other moment in our performance and to appreciate all that had gone well. I will have greater sensitivity to the moment where I stumbled when I tackle that role again. Aiming for perfection onstage gives us an ongoing gift of discovery.

Perhaps the greatest insights that I’ve gained about perfection as a continuing work of improvement have been through my role as a teacher at the School of American Ballet. I have the responsibility and task of shaping my students. I aim to creatively conform them to certain aesthetic precepts that will give them a strong foundation for their dancing.

But I must do this with the mindset that I too am still learning about this art. I do not have perfectly complete knowledge. Whatever command of the information I do have is not for me to selfishly retain. I am to put it all at their service in order to make them great. I am being formed even as I form them. 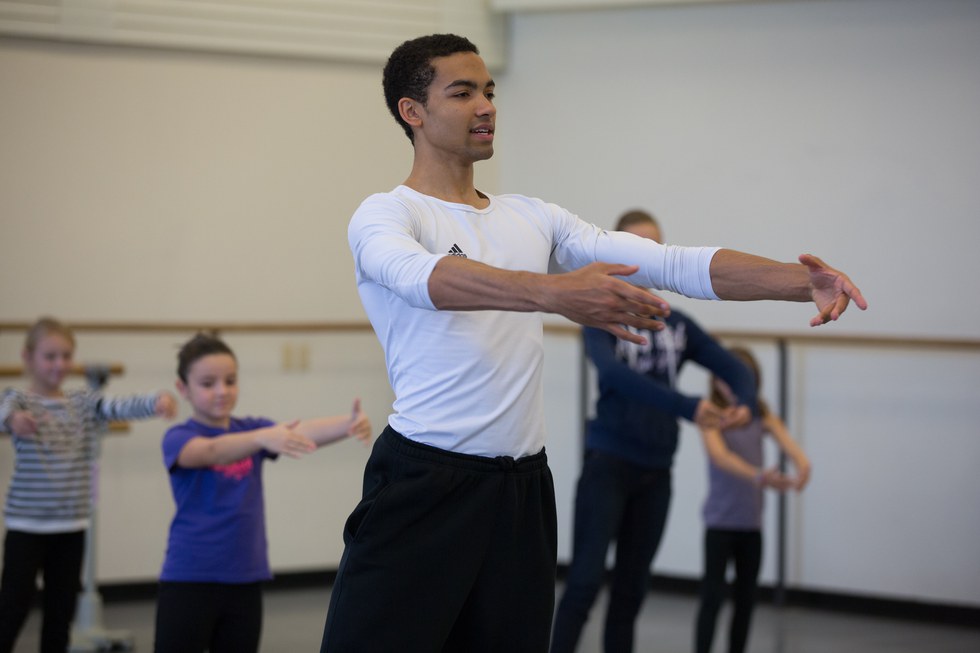 I have also recently been considering what this work of perfecting the performance means for the audience. I think that they come to watch us dancers reach for perfection. That is the magic of the live performance. The audience members possess the same instrument as we do, giving them physical empathy with our every motion. As they sit and witness, their bodies participate too, thinking and feeling anything from “That looks like it hurts” to “I wish someone would hold me and support me like that.” The viewer knows the frailty of the performer’s frame, which makes them find the performer’s feats all the more dazzling.

The dancing bodies onstage can also display a vision of perfectibility, people at their best. The dances can model the collaboration and order for which the audience yearns. This is why the performance, imperfect as it is, often means more to them than mere entertainment. It is inspiration and consolation.